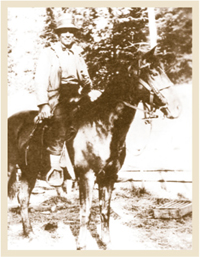 1891 – Williams Bros. & Dawson G.H. Dawson, Provincial Land Surveyor & Civil Engineer (office at Molsons Bank Building) 143 Land Surveyors were registered to practice in BC prior to 1891 and were given the designation Land Surveyor(LS) 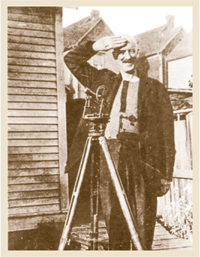 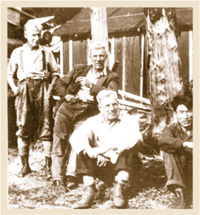 1956 – Ray E. Chapman, as sole practitioner after the Elliotts retire 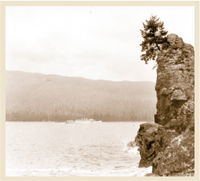 1975 – Ray Chapman took his son (Bill) into the company as Chapman and Chapman, BC Land Surveyors

1995 – Ray and Bill were incorporated in the present name of Chapman Land Surveying Ltd. 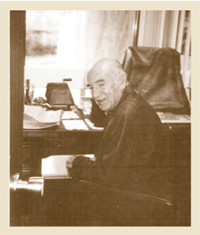 I remember when I got my commission in 1975. There were a lot of family land surveyors in British Columbia. I met a land surveyor from Vancouver Island who had dropped out of school in the depression to work for his father. He came and asked me what it was like working for my father. I said it had worked out pretty well. I had worked for him for 7 years before I got my commission. 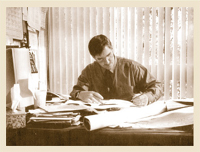 When I got my commission the old secretary for the Corporation called my father to let him know  that I had gotten though…My father said,  “Well I quess I’ not going to pay you anymore” and I was in a little bit of  shock… I said, “What?” and he said, “Well I think we can work as partners, so if there is any money left in the till at the end of the week you can have half of it.” He shook my hand and we signed a partnership agreement in that manner that has lasted for 31 years.

It is kind of hard for my accountant and lawyer to understand. They keep asking us to re-write our partnership agreement but I don’t know any other form of handshake.